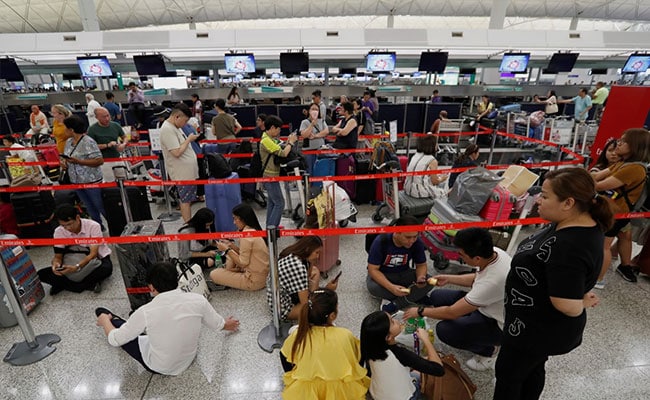 Flights were departing Hong Kong airport largely on schedule on Wednesday morning, a day after pro-democracy protesters caused chaos with a disruptive sit-in that paralysed the busy transport hub.

Hundreds of flights were cancelled on Tuesday after demonstrators blockaded two terminals, the second consecutive day the airport has been targeted in the latest escalation of a 10-week political crisis that has gripped the international finance hub.

Protesters physically blocked travellers from accessing flights throughout the afternoon, before battling with riot police outside the terminal later that evening and turning on two people they accused of being spies or undercover police.

But by the early hours of Wednesday morning the vast majority of protesters had left the building and flights began taking off on a more regular basis.