Thomas Cook Group Plc collapsed under a pile of debt after talks with creditors failed, forcing the British government to hire charter planes to bring thousands of the 178-year-old travel company’s customers back home. 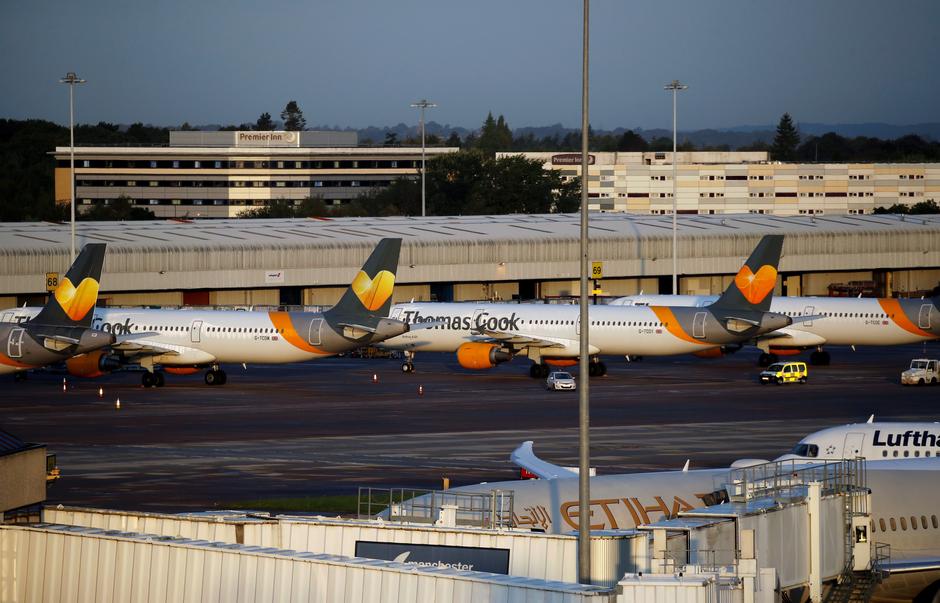 The company filed for administration early Monday after eleventh-hour negotiations to raise additional funding failed to result in a deal. The move saw all bookings, flights and holidays with Thomas Cook canceled, sparking panic online among travelers. In what it called the “largest repatriation in peacetime history,” the government said it would work to return all those booked to come back to the U.K. over the next two weeks free of cost.

The collapse spells the demise of what is one of the the U.K.’s best-known brands, and caps months of talks with Thomas Cook’s investors, led by Fosun Tourism Group. The Chinese firm, which owns the Club Med resort chain, proposed a $1.1 billion bailout in exchange for control of London-based Thomas Cook’s tour operations and a minority stake in its airline. Last week, the tour operator said it needed 200 million pounds ($250 million) more, leading to the rapid unraveling of its rescue prospects.

“Although a deal had been largely agreed, an additional facility requested in the last few days of negotiations presented a challenge that ultimately proved insurmountable,” said Chief Executive Officer Peter Fankhauser.