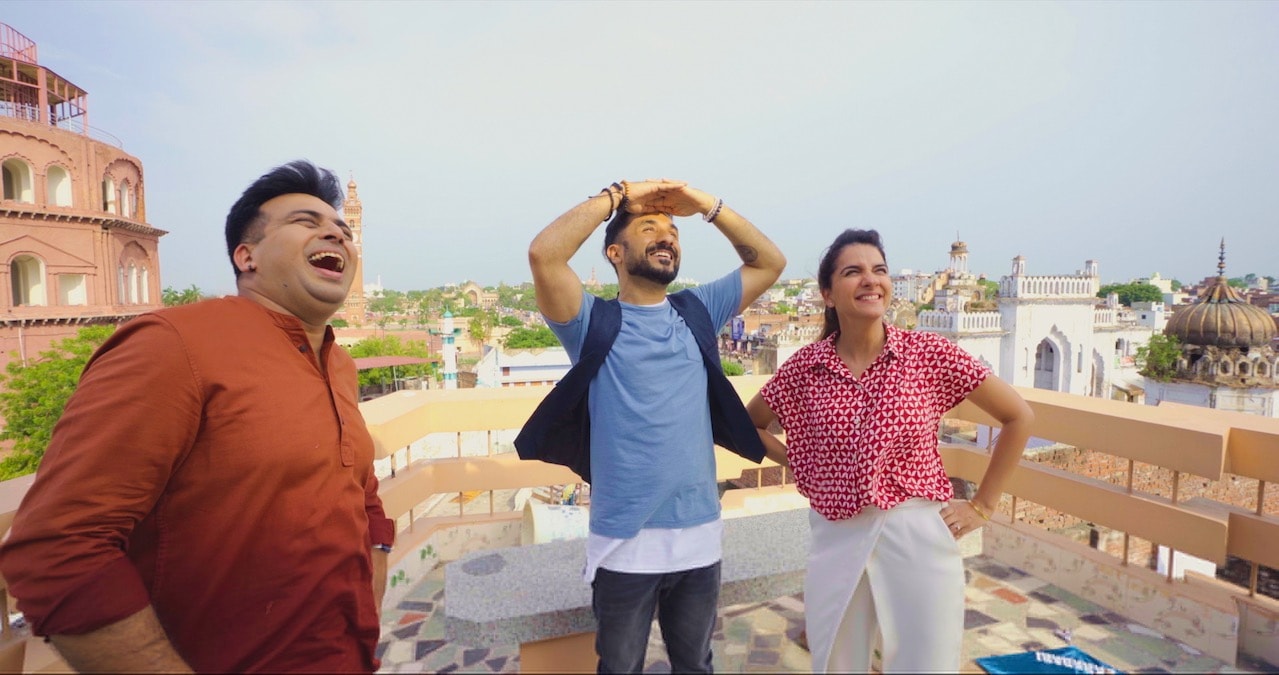 “The thing is, the airport-to-hotel jokes you can write about any city. We all land in Bangalore and be like, ‘Arre, your airport is so far, it’s basically in Goa.’ Every comedian is doing that once they land in Bangalore,” stand-up comedian Vir Das tells Gadgets 360. “But the idea of the show is, ‘When you really experience that city, does the joke change?’”

It’s what Das is trying to explore with Jestination Unknown — no, that’s not a misspelling, but a portmanteau of “jest” and “destination” — a comedy travel reality series that’s out Friday, October 18 on Amazon Prime Video. The genre is quite popular outside of India, and Das has woven in further influences from legendary sitcom Seinfeld and motoring show Top Gear. Das serves as the host on Jestination Unknown, which features him and two friends spending 72 hours — that’s three days — in an Indian city, soaking up the local culture and delivering a stand-up show.

“Every episode has a pretty clear narrative,” Das explains. “We went to Lucknow because Lucknow is kind of where Indian stand-up comedy began with hasya kavita and sher-o-shayari, right? We went to Jodhpur, because behrupiyas and court jesters used to make fun of royalty. Patiala is what the funniest and most alpha people in India find funny. Mysore was an originality episode, because Mysore makes Mysore Pak, Mysore silk, Mysore sandalwood, so ‘Can you write an original Mysore joke?’. Ladakh is largely about people at the border, and then Kerala was about a) educated people, and then b) the tragedy [of the 2018 floods].”

Meanwhile, said friends, who are on the ride with Das, include the likes of actress and host Shruti Seth, actor and comedian Suresh Menon, comedian Amogh Ranadive, actress Rohini Ramanathan, voice over artist and actor Ashwin Mushran, comedian Amit Tandon, former RJ and comedian Manan Desai, former VJ and comedian Anu Menon, and American comedian Raj Sharma. As you can tell, not all of them are comedians, which Das says was intentional.

“It’s kind of a curated group of people,” he adds. “We didn’t want just comics on the show ‘cause stand-up is actually a very small portion of the episode, there is a lot of sketch and improvising and acting and all. So we needed actors, we needed RJs, we needed a kind of eclectic group of people.”