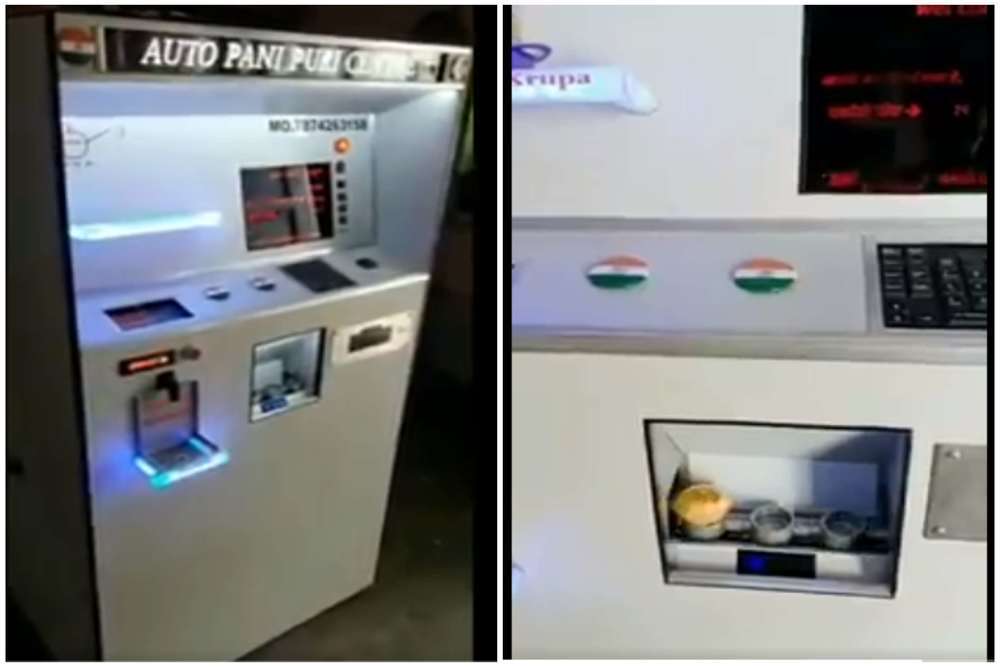 Golgappa or Pani Puri has so many lovers in India alone that many people have been craving for this street snack during the lockdown situation. With street food vendors in India missing these days, people are putting their culinary skills forward to prepare their own Pani Puri at home in a hygienic way.

However, if you happen to live in Banaskantha district of Gujarat, you can still have your Golgappa and eat it too without any hygiene worries. Ask how? Well, a person from Banaskantha has invented a contactless pani-puri vending machine for the sake of all those people who love this classic snack.

A video of the vending machine has become hit on the social media, and several users have given thumbs up to this novel idea.

The video shows a person selecting the price of his Golgappa treat and then inserting INR 20 note into the machine. A few seconds later, the vending machine opens a flap underneath the keyboard and the Golgappas come out on a conveyor belt.

According to the reports, it took six months to design this machine called Auto Pani Puri Centre. The video was shared by Hardi Singh, Additional Director General of Police (ADGP), Assam Police.